Our cover was a photograph of Heather Boy — 1919 Grand Champion of the Oklahoma City Calf Club Show. The pure-bred Aberdeen-Angus was fed and exhibited by Charles Blandford, Hayward, Okla.

➤ Our readers have always loved a good story, as evidenced by the following from the column, Chuck Wagon Stories.

“While we were waiting on a switch a few days ago en route to Fort Worth with some cattle, the engineer told me a pretty good story about the late Judge [Roy] Bean, who in the early days was known as ‘The Law West of the Pecos,’ writes J. B. Wallace, of Kent, Texas.

“Judge Bean, he said, ran a store, was justice of the peace and the leading man in the community. A drummer [traveling salesman] was in the town one day, and as the Judge charged him a little more than he thought he should pay he resolved to get even at the first opportunity. Bean kept a pet bear which the drummer admired very much and tried to buy, but all offers were declined.

“A short time later Judge Bean was holding court in another town when the drummer happened along, shook hands and appeared to be extremely friendly. ‘That’s too bad about your pet bear dying,’ said the drummer. ‘Hadn’t heard of it,’ replied the Judge.

‘Oh yes,’ replied the drummer, ‘You’ll find him dead when you return home; I was over there yesterday. And, by the way, how much will you take for the hide, I would like to have it to send back home?’ ‘Well, I guess it ought to be worth about $10.00,’ said the Judge. The drummer paid the $10.00 and they walked over to the telegraph station where the Judge wired his son to skin the bear and ship the hide on the first train.

“Judge Bean did not learn that the bear was not dead when he sold the hide until he returned home. The drummer thought it was a fine joke, but he never stopped off to talk it over with the Judge after that.” 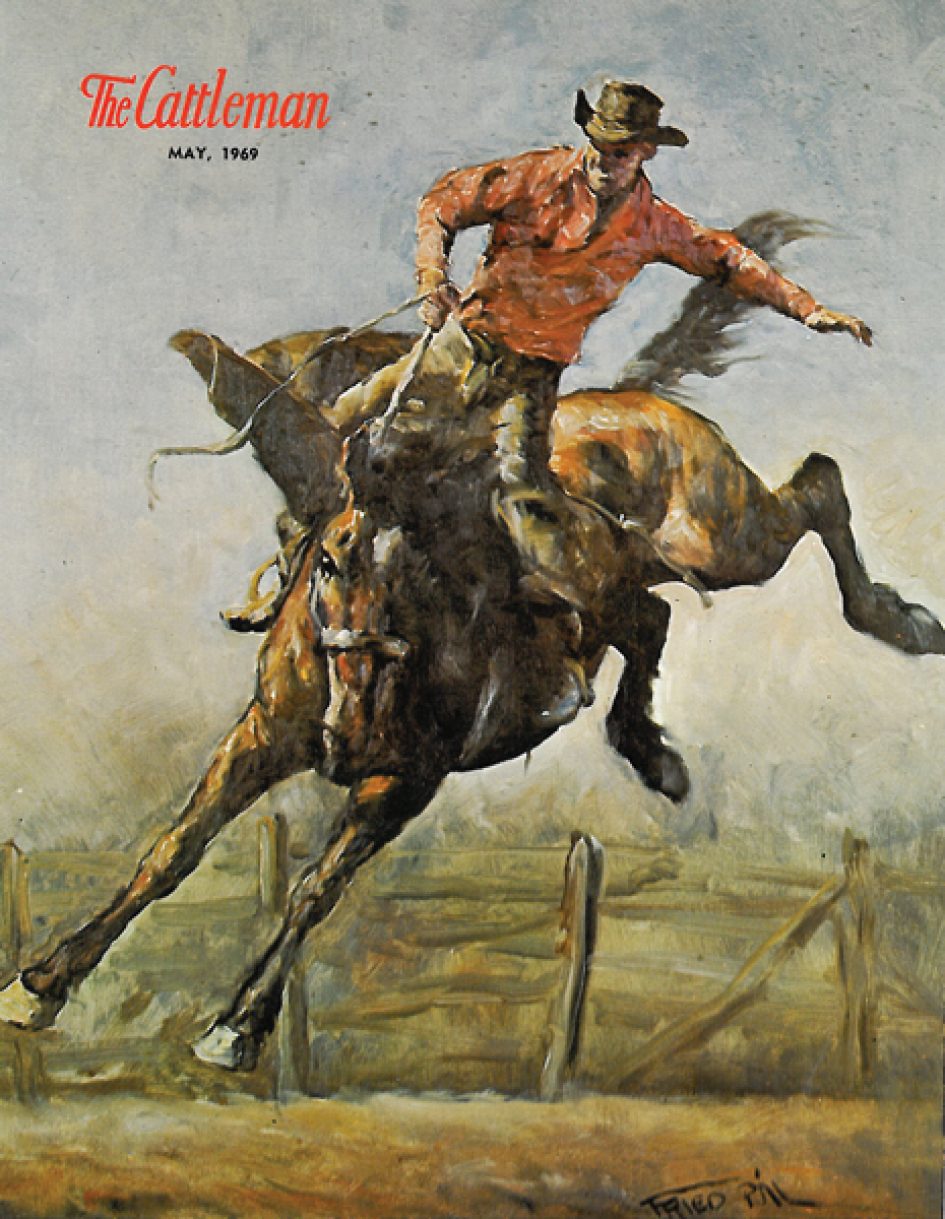 “Man and horse eventually make a good team but there is always a time when they have to first get acquainted. The man doesn’t always win on that first encounter. Artist Fried Pal, a Hungarian who visited the U.S. West and used his active brush to capture many of its scenes, seems to portray a cowboy who is going to win this episode.”

➤ TSCRA inspectors reported a large number of livestock thefts, including sheep and goats as well as cattle. One unusual report read, “Little M. Pepper, Deweyville, Texas, was found guilty of a misdemeanor, shooting a cow, and fined $50.00 plus costs, on March 6, 1969, by Justice of the Peace, precinct 8, Newton County.

“Jay Rodrick, owner of the cow, had contacted TSCRA Inspector [Special Ranger] Fred Hryhorchuk on the morning of March 2 and reported that his milk cow had been shot. In the course of his investigation, Hryhorchuk talked with Pepper, a neighbor of Rodrick’s, who admitted shooting the cow because she ‘kept him awake.’”